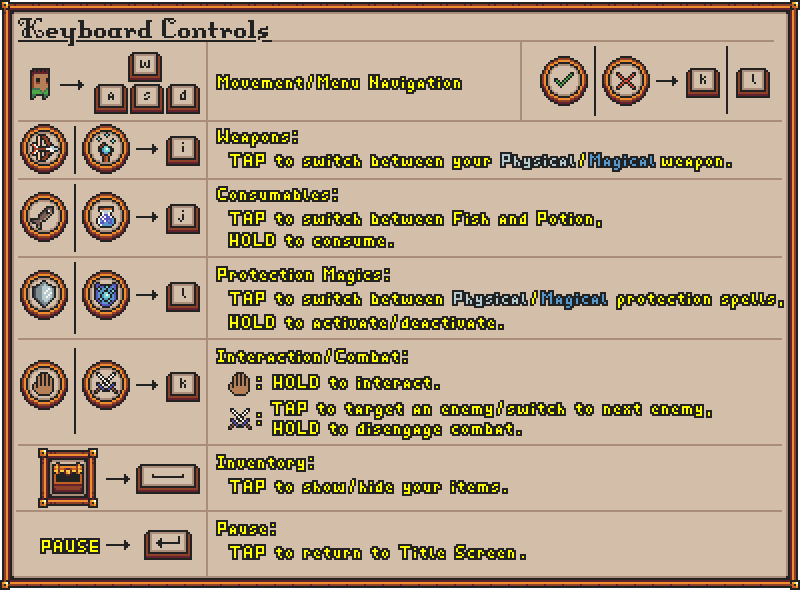 Gauntlet is a challenging 2D roguelike game where you explore a dungeon, fight monsters, and gather resources in order to craft weapons, armor, and supplies, all in preparation of fighting a powerful boss.

You're given 10 minutes to prepare, after which, or whenever you think you are ready, you will descend deeper into the dungeon to partake in a boss battle that will test all that you've learned. The goal of the game is to beat it as fast as possible.

About the Open Beta

Welcome to the Open Beta release of "Gauntlet"! Although there are still many things I plan to add and change, the core game is essentially done. I am releasing a public beta for the game in order to gather some feedback from players.

Any feedback is welcome, and I'm especially interested to know your thought about things like improvements/changes, issues with the game or your experience, the overall balance of the game, and bugs/glitches/crashes. Most of all though, I'd just like to know if you had fun :)

For more information about the beta, check out this Devlog

Feel free to post your feedback in the comments below, or if you prefer to email me directly, you can do so at theretropaul@gmail.com

A special thank you goes to the fellow creators who helped indirectly, but still tremendously, with this project:

Couple of things now that a tutorial has been added.

Actually starting the tutorial isn't intuitive. I have to select the menu item with WASD and the down arrow to select it. My first impulse is to use the arrow keys... and that just starts the game.

Because I was trying to use the arrow keys to select I hit the right arrow. This gave me a screen that said "Thank You for Playing" and the page has to be reloaded. Hitting the right arrow on any selected entry on the main menu takes you to that screen.

The crafting tutorial level is possible to soft lock. I think I upgraded an item (maybe the staff) and am unable to make all the armor. I auto collected the staff and had the ability to upgrade it, I think with a shard.

The rest of the tutorial was pretty smooth. There were a couple of the levels where I had a hard time actually seeing the tutorial objectives. I think if I was in full screen mode it wouldn't have been an issue.

Adding another tutorial level covering buttons would be useful because you get done with the tutorial and start the game and you are stuck with nothing to do until you figure out you can click the buttons on the wall. Buttons could even go in the first tutorial room.

The tutorial definitely helped, so a very worthwhile addition.

So I then played. The controls started to make sense although they do take some getting used to but I can see the reasoning for picking the control scheme you decided to use.

Some levels due to the random generation seemed unwinnable. If the first room has nothing but the higher tier enemies I never managed to progress, even when backing out of them. I get you can preview the room before entering but a first encounter and not knowing some of the enemies are powerful gives a first impression that the game is going to be extremely hard/frustrating.

It would be nice if hard enemies all spawned at least 2 rooms away from the starting room.

The timer I had no idea about and took me by surprise. I was happily crafting and upgrading and exploring and then suddenly I was against a boss and would have to start over again. I did not do that as I get to keep no equipment.

A map would be a great addition.

There a lot of potential here, so keep improving! I don't usually like crafting games as they are too grindy but this one isn't too bad.

First of all, thanks a lot for trying out the tutorial and for giving the game another shot like you said! Secondly thank you so much for your amazing feedback!

Unintuitive menu: I was a bit worried that people might have a hard time even navigating the menu, but your example of using the down arrow in order to get to the tutorial, only to start the game just sealed the deal. I've decided to stop messing with the sanctity of the arrow keys and just use I/J/K/L to perform actions. The arrow keys are now an alternative movement/menu navigation option. There are now overlays on the action buttons showing what key to press for each buttons as well.

Tutorial: Thanks for spotting that soft lock, the player now starts with enough arcane shards to craft every they can and still complete the crafting tutorial. I've also made all tutorial rooms smaller so that objective text can be seen more easily.

Door Buttons: My hope was that after completing the tutorial, a player would start the game and investigate the only thing they hadn't yet seen before. Then hopefully they would recognize the door button as something they could interact with after walking up to it. But if more people seem to still be confused as to using the door buttons, it won't be a huge deal to add another tutorial for it.

High tier enemies next to starting room: Thing is, high tier enemies can only spawn two rooms away from the center of the dungeon, it's just that the center of the dungeon is actually the boss room, not the starting room. So try finding the boss room first, then exploring its surrounding rooms to find a broken weapon. Don't forget that all damage (except for special attacks) can be negated by using the correct protection spell.

Timer: The timer now flashes red on every minute. I also plan to make it beep in some way but I'm just waiting until after I add the music.

Once again thanks so much for your feedback!

No problem on the feedback :)

I/J/K/L may work, although sometimes it an be a little cramped. What about also offering arrow keys and Z/X/C/V?

The timer... I just didn't know it had any purpose until suddenly there was a boss fight. I am still a little confused. Does that mean the game will always end after 10 minutes?

Also responding to the comments below. It takes a little bit of reading the instructions and fiddling to get the hang of it. But then it became quite enjoyable actually. As soon as I realized to keep my distance from enemies, shooting them from afar, it became a lot easier. Still a bit grindy I think.

Thanks very much for taking the extra effort to understand my game! I definitely agree with you about sound effects, that's what I'm currently working on implementing now, so look out for those in the next update to the game.

As I've mentioned in my reply to the comment below, I do think there's plenty of room for improvement in the area of guiding the player toward progress, especially when they first start out. Apart from making the game much more enjoyable, sound effects could add some much needed audio ques to make the game more understand.

Lastly, do you think you could elaborate on what's grindy? Was it just fighting enemies, or the game in general?

Was just a first 'feeling' I had. After the first few rooms with lots of new things every next room feels like going through the same trick and gathering enough resources to be able to face up against the boss. Don't pay too much attention to my remark, it was just two or three playthroughs.

I have no idea how the controls actually translate to doing anything. I accidentally managed to get to a room with enemies and approached a table. I couldn't exit out of the menu that popped up when I interacted with the table and an enemy killed me.

Thanks for your honest feedback! I am realizing that it can be rather confusing going in and that the game needs to give more player feedback, so I'm working to improve it in that regard.

As for getting killed while having the menu up, that's definitely a bug so thanks for spotting it!

In the next patch I'll be adding text pop-ups when the player is near something interactable so they know it's something important. I'll also add the typical "accept" and "exit" to the menu screen so that the buttons to press are hopefully more noticeable.

I hope you'll give the game another shot!

A little bit of a tutorial would be helpful. Just a little hand holding otherwise you will lose players before they even get started playing.

I definitely will give it another shot!

Well, I tried to play it, I fumbled around with the controls for a bit, and then I died quickly.  So in that regard, it's very faithful to the original.

Haha well thanks for giving it a try anyway! 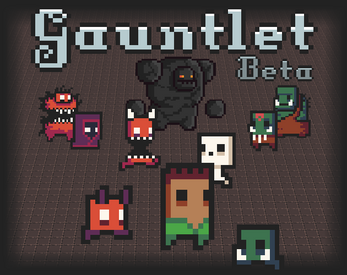